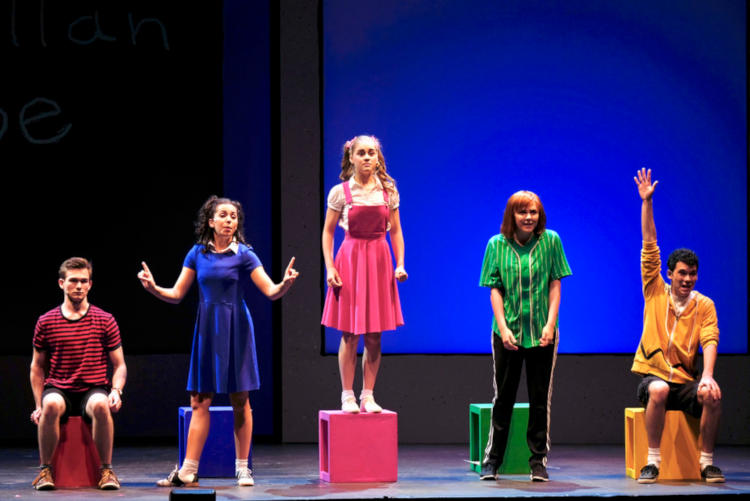 There’s nothing quite like musical theater to bring joy into the world — but when you only have a few actors and singers, giant shows like Les Misérables or West Side Story are out of the question. Fortunately, there’s a whole world of small cast musicals to choose from!

A small musical is the perfect way to show off your best performers. After all, when you only have two or five people onstage, there’s nowhere to hide. With the right actors and singers, you can put on an intimate musical that draws the audience in and wraps them in the story.

When Should You Choose Musicals with Small Casts?

Scaled-down musicals have big benefits. Community theaters often use small shows to provide a little breather between big productions. After all, they’re cheaper and easier to produce. (If you’ve ever directed or produced a big show, you know how much money, time, and effort they require.) Small cast musicals are also a great option for COVID-era streaming productions or experimental college theater.

Whether you have a cast of 2 people or 10, start your search with these musicals:

Are you brave enough to produce a 2-person musical? If so, it’s hard to do better than The Last Five Years. Jason Robert Brown’s legendary music shines in this emotional show, which follows a couple through a relationship. This isn’t your typical love story — the woman, Cathy, tells the story from the end of the relationship, while Jamie, the man, tells it from the beginning. You’ll need an exceptionally strong mezzo soprano or soprano and tenor who can both sing, act, and command an audience on their own. (See above: Cynthia Erivo giving a masterclass in the power of simplicity and raw emotion) Jamie and Cathy are often onstage alone, existing in the same moment only once during the musical.

Staging  is simple, and you don’t need much in the way of a set, making this a great show for a black-box theater or another intimate setting. Not sure? Watch the entire show on YouTube.

Here’s one you don’t see often — Triumph of Love is one of those shows that you don’t know until you know. And once you do, you’re likely to become a superfan! The core cast has 7 people, but you can add in up to three more if you have some extra performers on hand. Full of mistaken identities, mishaps, and love, it’s a fun musical that will have your audiences crying with laughter. This is an exciting musical if you have fearless actors or ingenue/leading man types who want to push their boundaries with something more comedic and physical. (see video above)

The best part? You can adapt this musical to fit a big theater or a tiny venue; the staging is remarkably flexible. Listen to the full soundtrack on YouTube.

Falsettos can be summed up in a line that’s sung by the lone child in the cast: “My father’s a homo; my mother’s not thrilled at all”. If you happen to have a few belters — or at least some singers with solid mix voices — in your theater group, this is a fun, contemporary musical for a small cast. It tells the story of a truly modern family, with all of the pain and love that comes along with it.

As you might guess, this is a musical that may not be well-received in more conservative areas. (It’s hardly shocking, though, and audiences in more progressive areas won’t bat an eye.) Whether or not you want to cause a stir, you can judge the musical for yourself; the full Lincoln Center version with Christian Borle, Andrew Rannells, and Stephanie J. Block is available to watch at DailyMotion.

There’s a reason [title of show] is a popular college musical — it’s funny, unpolished, and super affordable to produce. You can do it with a piano and a few chairs, if you’re on a budget. This is another irreverent piece with more than a few cuss words (definitely not a show for kids). You can also license the clean version of the musical to create a family-friendly production. The story follows five friends who are writing a musical.

Chances are, you’ve never seen a production of I Love You, You’re Perfect, Now Change. Since it only has a cast of four, it’s not usually produced in big theaters. It’s a racy take on relationships, which means that it’s a great musical for a college theater group or a community theater. The script is fun and adult, and the music is sure to get plenty of laughs (especially if your audience has had a cocktail or two before the show). You might recognize the song “Single Man Drought” — it makes for a hilarious scene that will resonate with anyone who’s ever dealt with a dating dry spell. (Our favorite line: “Standards…I used to have some standards.”) Watch I Love You, You’re Perfect, Now Change on YouTube

Benefits of musicals with small casts

Small cast musicals are a lifesaver in the era of COVID; it’s easier to organize a streaming production or Zoom musical when you only have to wrangle a few people! Since the stakes and investment are lower, these mini shows are also a fun way for theaters and college groups to try something new, both for performers and audiences.

Have you done a small cast musical that went over well with your actors and audiences? Send us a message, and we’ll add it to the list! 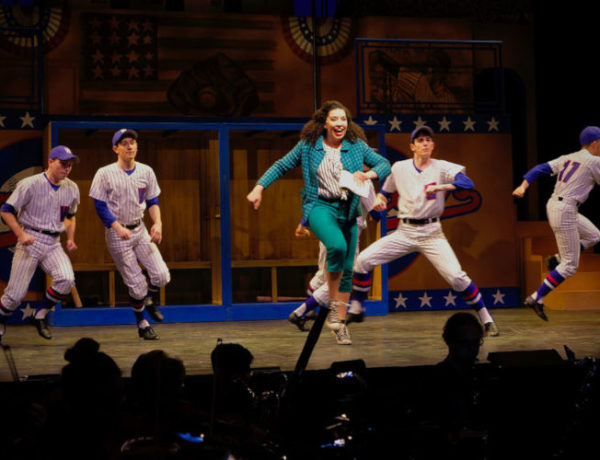 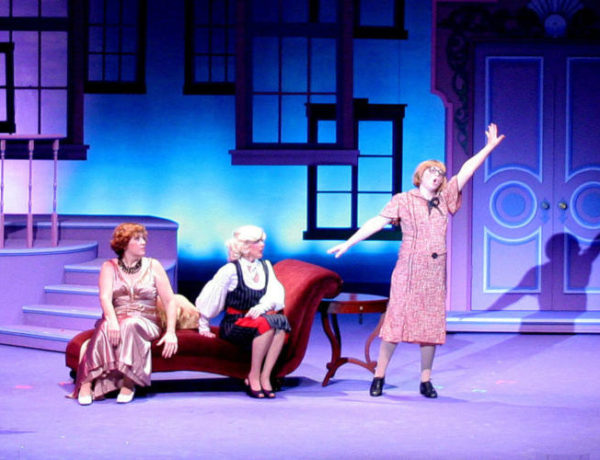