If you have a lower female voice, finding good audition songs for altos is a challenge — but it’s so worth the effort! When you have a song that fits comfortably in your vocal range, you can feel more confident in a musical theater audition. You can focus on acting choices instead of worrying about hitting the high note!

Finding the right alto musical theater songs takes some time, especially if you’re a younger singer. That’s because many low-pitched roles in musicals are written for older performers. (Think Mame.) Plus, since “alto” is a voice classification that’s typically used only in choirs, you usually need to do a bit more legwork to figure out which songs are low enough.

That’s where we come in! These 27 Broadway songs are perfect for alto voices.

1. “Happily Ever After” from Once Upon a Mattress

Once Upon a Mattress is one of those rare musicals where the leading lady is an alto. It’s packed with great alto musical theater songs. While the song “Shy” is probably the best-known number from the show, “Happily Ever After” is a better audition song. It’s not performed as often, so it’s easier to stand out. Plus, the music and lyrics offer lots of opportunities to show off your acting (just watch the video above!).

When you need alto audition songs for Golden Age musicals, “It’s a Perfect Relationship” is the perfect choice. It’s set in the 1930s, so it has a similar vibe as Guys and Dolls, Wonderful Town, and Anything Goes.

35mm is an interesting, little-known musical — that means that no one else will be doing your song at an audition! Unlike a traditional staged musical theater production, it’s a concert-style show where the actors sing songs in front of a photograph. Each song tells a story that provides deeper meaning into the photo. You can read more about the show from its composer and lyricist, Ryan Scott Oliver.

Cabaret is the first place altos go for audition songs. The leading lady, Sally Bowles, is an extremely low role — she has some of the lowest alto songs in musical theater! In the video above, that first note is an E3 (the E below middle C).

5. “The Winner Takes it All” from Mamma Mia!

Whether you’re a pop singer, a belter, or you have a more classical sound, “The Winner Takes It All” is a great pop audition song for altos. Just listen to that last powerhouse note!

6. “If I Met Myself Again” from Everybody’s Talking About Jamie

Everybody’s Talking About Jamie is a musical that got its start in the United Kingdom; it’s about a teenager named Jamie who wants to be a drag queen. In “If I Met Myself Again”, the boy’s mother sings about what her life would be if she hadn’t met and married Jamie’s father. Given the subject matter, this is a good contemporary audition song for an older alto.

7. “You Learn to Live Without” from If/Then

When you need an audition song with a bit of a folk/country twist, “You Learn to Live Without” is a lovely and poignant choice. Idina is more of a mezzo than an alto, but this song has a nice, low range that’s comfortable for lower voices.

8. “Times Are Hard for Dreamers” from Amelie

Listen to that note on “stuck or lost at sea” — so satisfying for an alto voice! “Times Are Hard for Dreamers” is a good option for belters (listen to Philippa Soo, above), but it also works well if you have a more legit sound.

9. “In My Own Little Corner” from Cinderella

When you’re auditioning for a Golden Age musical — think The Sound of Music, Guys and Dolls, The Pajama Game, and My Fair Lady — you can’t go wrong with “In My Own Little Corner”. From the Rodgers and Hammerstein musical Cinderella, it’s a sweet musical theater song for low voices with lots of room to show off your acting chops.

Paulette is one of the best alto roles in modern musical theater, and “Ireland” is the perfect contemporary song. The music is gorgeous, so it’s a fantastic way to showcase your voice and lean into the comedy at the same time.

Matron Mama Morton is another iconic Broadway alto role, and “When You’re Good to Mama” is her signature song. It’s so gorgeous for low female voices — you can really savor those deep notes. Plus, since it’s too low for most sopranos, you don’t have to worry that 10 other people will be singing the same piece.

12. “There Are Worse Things I Could Do” from Grease

Do you need to show your emotional depth in an audition? If you can get into character, “There Are Worse Things I Could Do” is a truly heartbreaking piece. Stockard Channing is easily the best-known Rizzo, but Jacquelyne Jones (above) proves that there’s plenty of room to make the role your own.

Ready to practice your articulation? It doesn’t get much more adorable than “A Trip to the Library”. This song is a fantastic way to show off your unique personality. It has a nice, low range, so it’s accessible for a range of singers.

14. “If I Had a Fine White Horse” from The Secret Garden

Martha in The Secret Garden is a role that’s usually cast as a woman between the ages of 18 and 30, but it adapts easily for older and younger singers. “If I Had a Fine White Horse” is an easy audition song for altos who are going for a character role.

“As Long as He Needs Me” is one of the most well-known musical theater songs for women with lower voices. Why does that matter? Everyone in the audition will be familiar with it, so you need to come prepared. You can belt it or sing it in a more legit style; the music works both ways.

If you’re a younger singer, it’s important to choose an age-appropriate song — and that can be tough when you’re an alto! Little Red in Into the Woods is a great place to start; she’s young, and her songs are relatively low-pitched. “I Know Things Now” is a fun contemporary piece with a coming-of-age vibe.

17. “With Every Breath I Take” from City of Angels

“With Every Breath I Take” is a contemporary alto musical theater song that shows off your emotional range. It starts with an intimate and introspective feeling and escalates to a big, bold belt.

“What Did I Ever See in Him” is one of those songs that works for both older and younger altos. In fact, it’s sung by both in the vintage musical Bye Bye Birdie. When you’re choosing an audition cut, just make sure to pick the lyrics that work for your age. (If you’re young, don’t sing “Eight years, eight years / that’s how long I’ve wasted on him.”)

When you’re auditioning for a role with that fast-talking Golden Age flair, “Anything Goes” is the perfect song. It was written by Cole Porter, so you know it’s going to be cheeky and melodic. Use it for character roles and leading-lady parts. (It would be a fun audition song for Winnifred in Once Upon a Mattress.)

21. “My Husband Makes Movies” from Nine

22. “Watch What Happens” from Newsies

25. “I Want the Good Things Back” from Little Mermaid

27. “Setting Your Sights (What You Wanted)” from Vanities

If your voice is pitched at the lower end of the alto range, “Kiss of the Spider Woman” makes a great audition song. It’s deliciously low, and the notes are nice and long; you have plenty of opportunities to show off your resonance. Want to hear a slightly more theatrical version? Listen to this one.

Are you looking for musical songs for altos that show off your personality? “One Day” is a fun and unexpected option — it gives you the chance to act and belt. It’s contemporary (the musical came out in 2016), but the melody has a hint of classic musical theater.

30. “Colored Lights” from The Rink

You’ve never heard of The Rink? Most people haven’t, even though it starred Liza Minnelli and Chita Rivera when it opened on Broadway in 1984. (How.) The musical might have flopped, but “Colored Lights” is one of the most beautiful audition songs for altos. (It’s also a great option if you don’t want to risk anyone else singing the same piece.)

Convince a director that you have the emotional depth for a challenging role with “Pretty Funny.” In the musical Dogfight, the song is the character’s heartbroken reaction to a cruel prank. The clean, simple melody and the quiet accompaniment give you nowhere to hide — it’s the perfect way to show off your vocal control. We love that it’s deeply felt without being maudlin.

When you’re an alto, finding an audition song is surprisingly hard! Part of the reason is because the word “alto” really isn’t used in musical theater. It’s strictly a choral classification. That means that even if a song has a low range, it won’t be called an alto song. Instead, it’ll probably include a voice range or it’ll be targeted to mezzo sopranos.

What’s more, it’s very uncommon for a Broadway show to have an alto in the leading role. That’s actually a great thing for you — most alto roles in musicals are character roles. When you’re auditioning, these character songs are so much easier to act! Think of the song “Master of the House” from Les Mis; it gives you much more to work with than a typical soprano ballad.

Did we miss anything? What are your favorite musical theater audition songs for altos? Send us a note, and we’ll add them to the list! 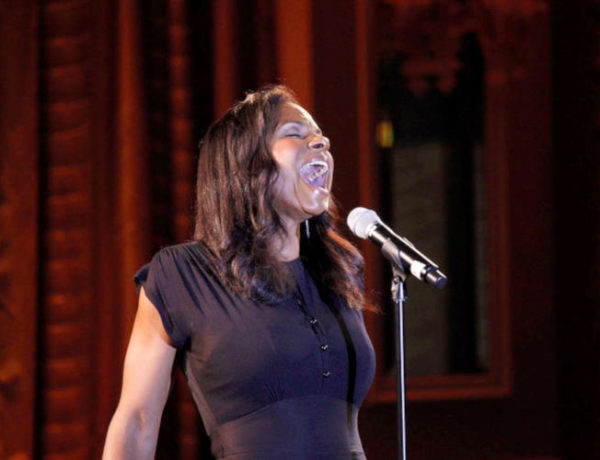