What is a Sitzprobe in a Musical or Opera? 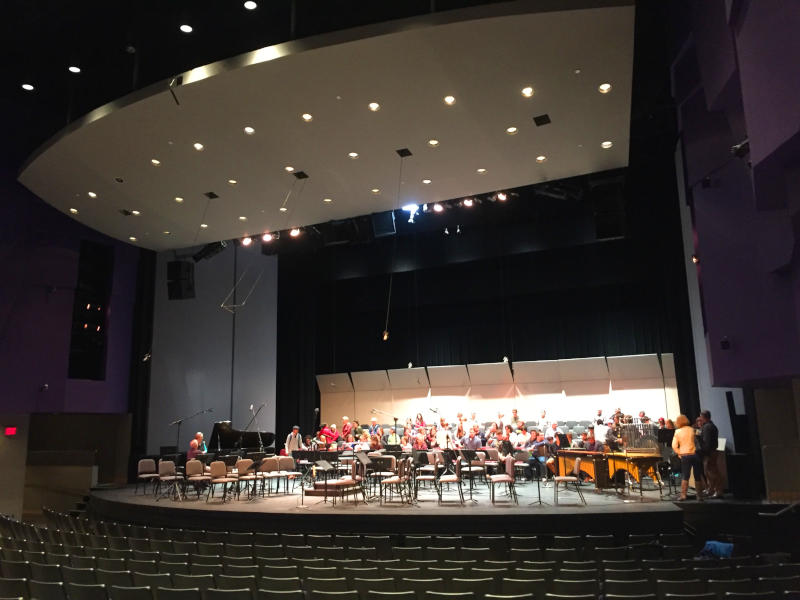 Home » Theater » What is a Sitzprobe in a Musical or Opera?

Your first opera or musical is exciting, but it’s also overwhelming — in addition to memorizing lines, learning the music, and remembering where to go on stage, you have to learn a whole new vocabulary. Some of the terms, like “dress rehearsal” or “tech rehearsal”, are self explanatory. Then, there are the unusual ones, like “sitzprobe”, “wet tech”, and “wandelprobe.”

Never fear— if you’re sitting in rehearsal right now, furiously googling “what is a sitzprobe?”, we have your back. (We’ve all been there.)

A sitzprobe is the first complete rehearsal of an opera or musical with the orchestra and the singers. During the sitzprobe, the conductor runs the cast and orchestra through all of the musical numbers in the show without staging, sets, or costumes. The goal of the sitzprobe is to concentrate on the music; it’s a chance for singers and instrumentalists to get used to performing together. This rehearsal usually happens before full run-throughs and dress rehearsals.

Prior to the sitzprobe, singers and instrumentalists work separately. Singers usually practice with a rehearsal pianist, while the orchestra rehearses separately with the conductor. With all of these moving parts, it’s safe to expect a bit of chaos the first time the two groups come together. That’s the point of the sitzprobe — to strip away all of the other theatrical mechanisms and focus only on the music.

For performers, there’s nothing like the positive energy of a sitzprobe. It’s one of the most exciting parts of the rehearsal process — in fact, it might be your only chance to listen to the full show!

Why is it called a sitzprobe?

The term “sitzprobe” is a German word that means “sitting rehearsal”. According to The Concise Oxford Dictionary of Opera1, this term originated in German opera houses, but was adopted by English-speaking opera companies and musical theaters.

The “sitting” part of “sitzprobe” refers to the position of the actors and singers. Instead of moving around the stage, they stay seated in one place.

How do you pronounce sitzprobe?

In German, you pronounce “sitzprobe” as “ZITZ-proh-buh.” (Listen here) In the English-speaking theater world, it’s not uncommon to hear “ZITZ-probe” or “SITS-probe”. You might also hear directors shorten “sitzprobe” to “sitz”.

What happens at a sitzprobe?

During the sitzprobe, singers usually sit behind the orchestra. Once rehearsal starts, the conductor will run through the entire show. Stand up when you sing; the rest of the time, you’re free to relax. Singers are usually expected to stay on stage for the entire rehearsal, so it’s a good idea to bring your script, score, a bottle of water, and anything else you need right to your seat.

Every director is different, so be prepared — some sitzprobes are arranged with the cast and orchestra facing each other. Singers may use microphones, but only for musical theater (never for opera). Is your sitzprobe happening in a theater? The singers will sit on stage; the orchestra may be on the stage or in the (raised or lowered) orchestra pit.

If you’re rehearsing a musical, the conductor will ask you to speak the lines leading up to each song. This part of the sitzprobe takes time — although the cue lines are printed in the instrumentalists’ music, they usually get just a few words. You might need to rehearse the beginning of each song multiple times to give more context.

For example, before the song “Maria” in  the musical West Side Story, the orchestra music includes these two cue lines:

That’s it! As soon as Tony says “Maria”, the orchestra plays a sustained note and the song starts. Those lines happen quickly, so it’s easy to miss them. In the sitzprobe, the conductor might ask the cast to start a few lines earlier:

See how much easier that is? Now, the orchestra can start listening for “Big Deal” and “Daddy-o”; this gives them time to life their instruments and start playing on time. If you’re an actor, bring your script to the sitzprobe for reference — it’ll help you jump in at the right place and say the lines accurately.

Why do we need a sitzprobe?

Have you ever started to sing in a musical rehearsal, only to find that the orchestra is taking a completely different tempo? This is the point of the sitzprobe: to work out the kinks, iron out tempos, and identify places where the singer needs a bit of flexibility.

In a musical, actors often stray from the rhythm that’s written in the music. You might slow down for a measure or two to create dramatic effect or to express emotion. The same goes for the cadenzas in an opera. A good conductor warns the orchestra about these spots in advance, but the sitzprobe is a chance to try them out in real time.

For singers, a sitzprobe is a valuable opportunity to focus all of your attention on the musical numbers. Instead of worrying about blocking or quick changes, you get to work on technique, timing, and artistry. Make sure to listen closely to the orchestra — this is the perfect time to get familiar with the music that’s playing before each of your entrances. We recommend recording your numbers (just use your phone) so you can study the music later.

If you’re an instrumentalist, you know that the first rehearsal with singers is full of surprises. Suddenly, you’re hearing cue lines at different volumes and in different voices —  it’s not just the conductor yelling them above the music! In musicals, the orchestra often needs to vamp or hold notes under spoken dialogue. The sitzprobe is a chance to practice. You never know; you might need to repeat the same 16-bar passage five or six times!

It sounds complicated, but the sitzprobe is one of the most fun and valuable rehearsals of any production!

Like the sitzprobe, the wandelprobe is an opera rehearsal with the singers and the orchestra. In the “wandel”, however, the singers move through their blocking on stage without costumes, sets, or lights. While the term “sitzprobe” is widely used in musical theater, “wandelprobe” is largely restricted to the world of opera. (With some exceptions, of course).