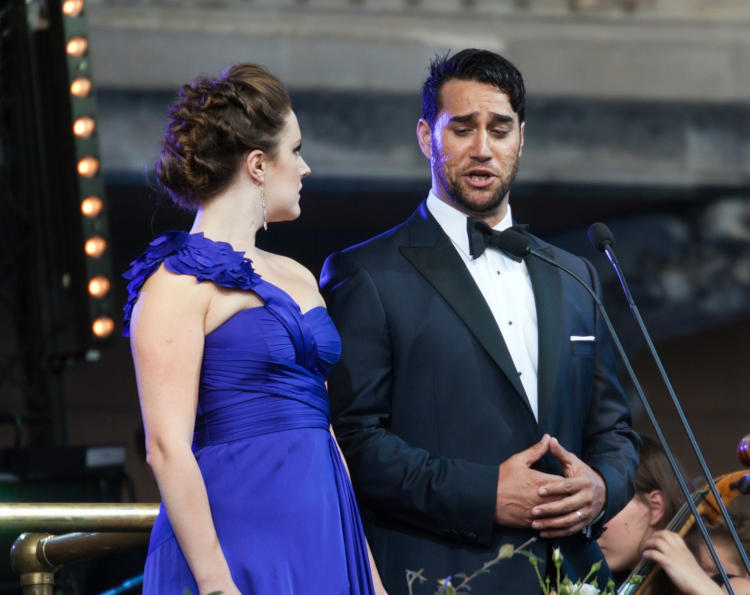 Almost every musical has one — a musical duet for a male and female. Let’s be honest; most of them are love songs. It might be a soaring “I’m in love with you” ballad, or it could be an argument that’s just a prelude to the ballad (like “Anything You Can Do”). Actually, we can’t think of any male/female musical theatre duets that aren’t love songs.

Fortunately, that means that there’s a surplus of emotion in every note, which gives you so much room to play — especially if you have chemistry with your duet partner! (Seriously, is there anything better than singing with someone that gets it?)

When you’re looking for a male/female duet to sing in concert, it’s important to find something that’s strong enough to stand on its own. After all, not every duet works outside of the show itself. We love these songs — in fact, we’ve performed many of them in concert (and the rest of them are on our list!).

Need more ideas? Why not try taking a female-female musical theatre duet and turning it into a male/female piece? Or, check out our list of 10 Male/Female Musical Theater Duets

1. For Some Serious Lovers’ Melodrama: “More and More”

You know when there’s a song that’s a little bit cheesy, but so much fun to sing and listen to? This is one of those songs. It’s a duet from the musical Death Takes a Holiday. Okay, so it’s a little melodramatic and indulgent (I mean, that dramatic jump just after 2:30 is a little unnecessary, but it’s so satisfying to sing), but we love it!

Just for a bit of context — at this point in the show, the leading lady has fallen in love with Death, who is on Earth in human form. However, if they want to be together, she has to die to be with him. So dramatic, and so fun! This duet is great for a soprano and a tenor (or a baritone with a strong high register). It’s big and dramatic, so it’s a great way to end the first half of a concert and leave the audience wanting more.

2. When You Want a Contemporary Musical Duet for a Male and Female: “Flight”

“Flight” might be one of the most versatile songs in the musical theatre canon right now. (Although since it’s not from a show, maybe it doesn’t actually count as theatre?) It works for absolutely everyone — it can be a solo, a female duet, a male/male duet, or for our purposes, a male/female musical duet.

We can’t say enough about this piece! It’s got some delicious harmonies, and those long, luxurious, slow runs feel so good. It’s like a Pilates workout for your voice! Check out the original Sutton Foster version here (https://www.youtube.com/watch?v=qQExnCtLTac). This one definitely isn’t easy, but if you can get the right blend, it’s so gorgeous. Everything we could find used a seriously high tenor, but we’d also love to hear it with the male part dropped an octave.

3. For a Man and a Woman with Sparky Chemistry and Acting Ability: “Everything I’ve Got”

By Jupiter is one of those weird old musicals that one one ever performs, even though it’s got some big names attached — the music and lyrics are by Rodgers and Hart! We can practically guarantee that the majority of your audience won’t have heard it before…but once the melody gets going, they’ll feel an instant sense of familiarity. There’s something about it that reminds us a bit of The Pajama Game, in fact.

What do we love most? This duet loaded with personality. It’s clearly adversarial, which makes the “everything I’ve got belongs to you” even funnier. Plus, with lines like, “It’s wrong essentially when woman yells”, there’s plenty of opportunity to break out your acting skills. (Seriously, listen to the lyrics; they are a gold mine.)

4. A Duet for a Legit Soprano and Baritone: “It’s the Going Home Together”

Are you a legit soprano? Want to show off your operatic vibrato? This duet is for you. It’s from

The Golden Apple (another rando old show), and the musical line is just gorgeous. Those high, floating lines and huge notes are the perfect vehicle for legit singers — no room for belting here, thankyouverymuch! It’s a musical theater duet, but you could certainly pull a 16-bar cut for an audition for Gilbert and Sullivan, Phantom, or an operetta.

This one is an opportunity to showcase individual voices and killer harmonies. It starts off with alternating solo lines, which come together around 1:57 in one of those soaring duet lines that make your listeners breathe in deeply — and then hold that breath so they don’t miss a single note. It’s somehow reminiscent of “Make Our Garden Grow” from Candide, but with just two people instead of a full company. Love. These old recordings can make it difficult to see the potential — for a quick clip of a more recent performance, go to 0:27 in this video.

5. One of the musical theater duets for a man and a woman that NO ONE else will be doing: “Careless Rhapsody” from By Jupiter

Have you sung any of these pieces? Have you heard anyone sing them?

As you’re searching for new repertoire for concerts and cabarets, keep an eye out for new Broadway duets. Let us know if you find a good one — we’re always on the hunt for new musical theater duets for a man and woman! 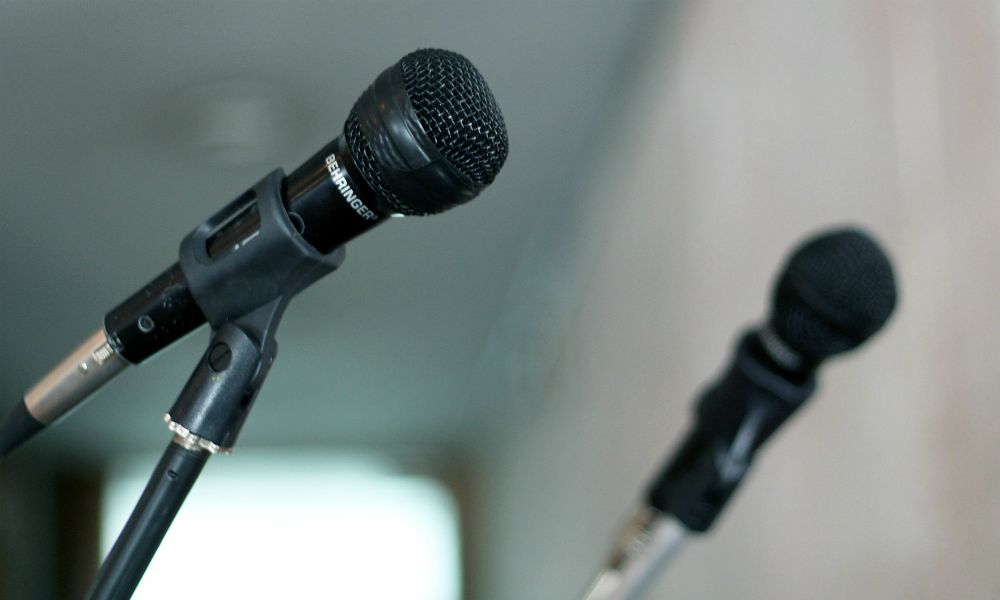 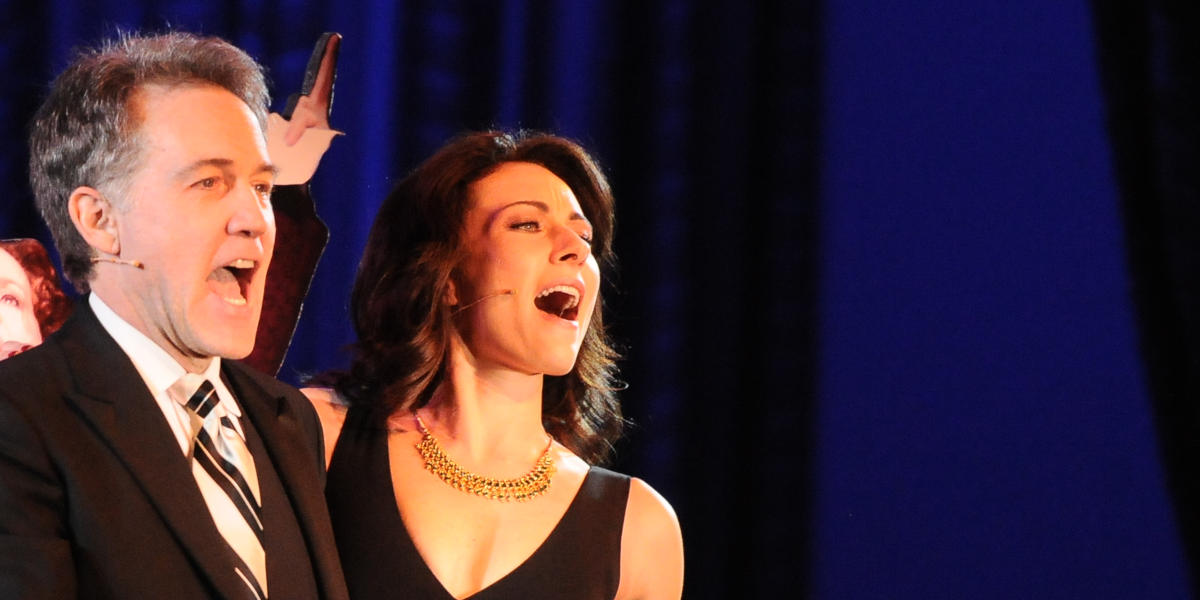