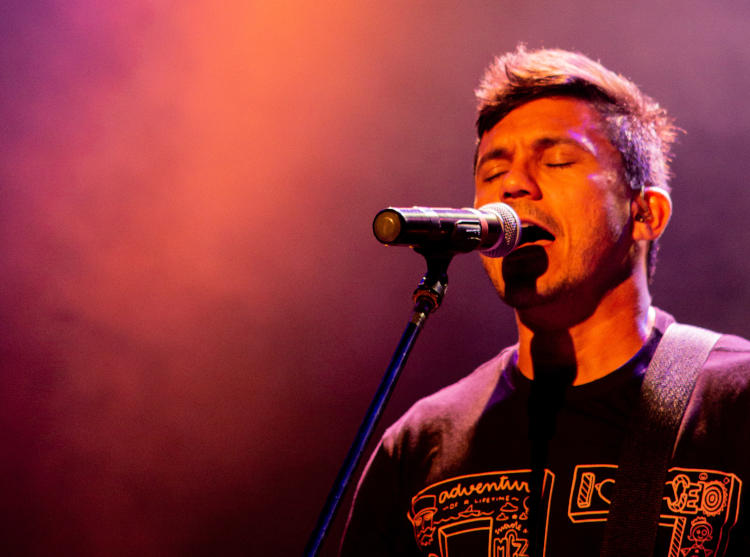 When you’re not a strong singer (or you’re just new to singing), a musical theater audition can be super intimidating. The good thing? There’s a simple solution: choose easy audition songs for beginners!

We promise, it will make your audition better!

Here’s an experiment: Sing “Mary had a Little Lamb”. Go ahead — sing it out loud to yourself. Now, sing the last bit of “Defying Gravity”. (Or, for fun, go 0:25 in this video of Audra singing “Can’t Stop Talkin’ About Him” and try to sing even one line).

Which one felt better? More importantly, which one sounded better? If you had to, which one would you rather sing in front of people?

That is why it’s a good idea to choose an easy song! When you do:

Also, a note: be kind to yourself! Everyone starts somewhere. (And you can bet that everyone else in that audition is just as freaked out as you are.)

Want to feel more confident at your audition? How to Audition for a Musical When You Can’t Sing

1. To show off your personality: “Cabaret”

If you struggle with high notes, “Cabaret” will make you feel more confident in your audition — it’s a surprisingly low song, especially for a leading lady in musical. Plus, the melody is relatively easy and straightforward; that means you don’t have to worry about a bunch of crazy incidentals or intervals. And, since it’s super catchy, the director won’t be able to resist humming it to herself after you leave the room.

The best part about “Cabaret”? It gives you so many chances to let your acting skills shine in a musical theater audition! The lyrics are full of phrases like “she was the happiest corpse I’ve ever seen”. (gold) It might be an easy musical theatre song for beginners, but it doesn’t sound like one.

(Tip: you can try out different keys when with the transposition tool at MusicNotes.com to find a comfortable key for you.)

If you’ve ever watched The Sound of Music, this song probably sounds familiar. That’s why we love it as an easy musical theatre song for beginners — the tune is easy to memorize, which is half the battle for beginner singers. You can learn it quickly and start working on your acting.

Speaking of acting — “Eidelweiss” is an incredibly emotional song, so it gives you the chance to show off your skills in a big way. If you sing it with a hint of sadness, you’ll make the whole room feel wistful. (If you can bring tears to your eyes, even better!) Sing it with warmth and love, and the director won’t be able to help but smile. We like this one for singing auditions for Golden Age musicals such as Guys and Dolls, The Pajama Game, or the lesser-known Peter Pan from 1954. Heck, you could even do it for Beauty and the Beast

3. One of our favorite easy audition songs (that sounds complicated): “All That Jazz”

And now, for something completely different! When you’re auditioning for a character that has some serious sass, it’s hard to beat “All That Jazz”. This is a song of rebellion, of breaking away from the old rules and doing what feels good…and maybe a little bit dangerous. What does that mean for you? You can let your personality shine.

This is one of our favorite easy songs to sing for auditions for a couple of reasons. First, it has a low vocal range — no need to worry about hitting any high notes. Second, it sounds a lot more complicated than it actually is, so you can make a big impression even if you’re a musical theater beginner!

4. If you’re seriously scared about singing: “I’ve Grown Accustomed to Her Face”

Are you uncertain about singing? We’ll let you in on a little theater secret: speak-singing. It’s a time-honored trick of actors who aren’t super-confident singers. All you do is speak the words of the song in rhythm (and as close to the pitches as you can get). If you’ve ever seen the My Fair Lady movie with Audrey Hepburn, you’ve seen Rex Harrison do it as Henry Higgins.

We love “I’ve Grown Accustomed to Her Face” for this very reason. You can speak-sing it, but you can also sing sing it. The range is very limited, which makes it an easy audition song for beginners; you don’t have to worry about notes that are super high or low. Traditionally, this piece is sung by a man, but this isn’t the 1950s — anyone can sing it!

5. When you want to bring the emotion: “Do You Hear the People Sing”

When you want to make an impression on a director, “Do You Hear the People Sing” from Les Misérables is the perfect choice. Why? This song is so moving. The tune is easy, but the emotion and determination behind the words help you create a memorable performance. Need help creating a backstory that makes this song feel personal? Look to our current political climate. No matter what side you’re on, you’re probably ready for a revolution!

If you’re doing some research, you’ll probably come across something that says not to sing songs from Les Mis for auditions. Don’t let that freak you out — that advice mostly applies to professional productions and Broadway shows. If you’re looking for easy musical theatre audition songs, we’re willing to bet you’re trying out for a high school, college, or community theater musical. In that case, you can sing pretty much anything you want (unless the director asks you not to in the audition announcement, of course). It’s much better to sing something familiar with confidence than to sing an obscure piece fearfully.

6. “Live Out Loud” from A Little Princess

Are you auditioning for a musical that sounds modern-ish but isn’t super belty? Think period-style pieces that have been reimagined, like Little Women or Tuck Everlasting. “Live Out Loud” is a simple song option that’s great for auditions. It has a catchy melody, and the majority of the tune is relatively repetitive — that means that it’s super easy to learn.

7. “In My Own Little Corner” from Cinderella

When you’re auditioning for a musical like Beauty and the Beast or The Little Mermaid, you could do a Disney standard. Or, you could sing this lovely piece from Cinderella. We like it because it’s got a relatively small range of notes; that’s ideal for new singers. Plus, it has an irresistible melody and tons of room for acting. (This will show off your personality, big time!)

For a beginner singer, one of the biggest challenges is to find an audition song for a contemporary musical. Why? Many modern pieces feature complicated runs or difficult melodies. That’s why we love “Still Hurting” — it’s simple, but offers plenty of room for emotion. It’s a great choice for musicals like Spring Awakening or Dear Evan Hansen.

9. “The Moon and Me” from The Addams Family

It’s sweet, it’s easy to sing. What more could you want?

Which of these songs is your favorite? Do you have any other ideas for easy audition songs for beginners? Let us know in the comments, or pop by to let us know on Facebook.