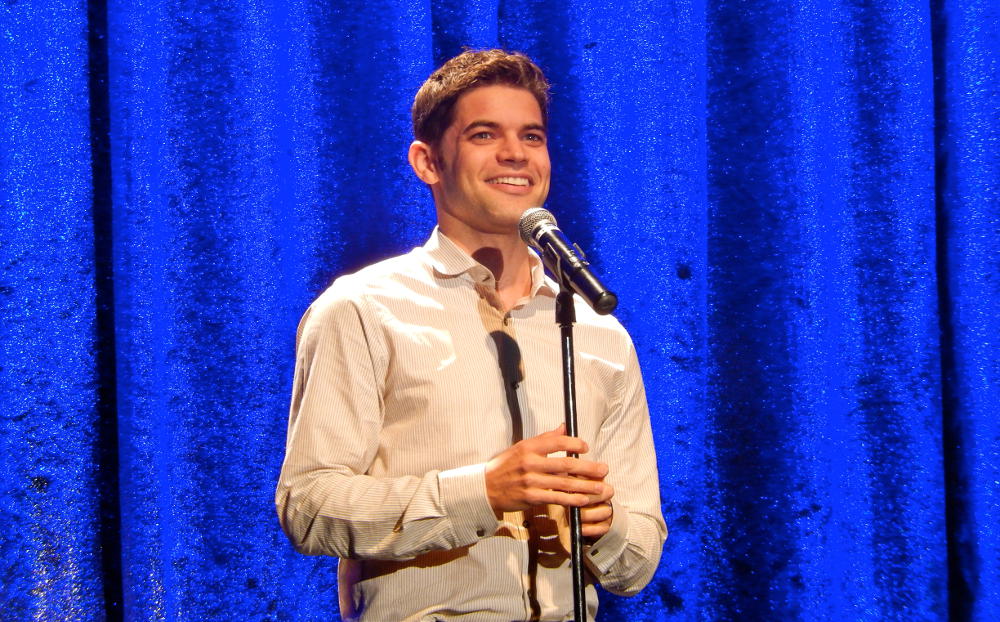 Tenors have some of the most exciting roles in musical theater. Whether you’re going out for a contemporary musical or a show from the Golden Age of Broadway, it’s helpful to have a list of the best audition songs for tenors on hand.

There’s a reason audition notices often request that you sing “a song in the style of the show” — it helps the director imagine you in the role. If you’re auditioning for the Phantom, you don’t want to sing something from Dear Evan Hansen! That’s why we’ve arranged this list of tenor songs by genre.

Top image courtesy of Studio Sarah Lou under CC BY 2.0

1. “Something’s Coming” from West Side Story

If you’re on the hunt for an audition song that shows off your vocal control, it’s hard to do better than “Something’s Coming.” Whether you’re bending the pitch or playing with dynamics, this song is the perfect way to showcase your skills. Want a masterclass in acting a song and singing in an accent? Watch Jeremy Jordan’s version. Genius! (And such great inspiration for an audition, when it’s just you and a piano.)

2. “Grand Knowing You” from She Loves Me

“Grand Knowing You” is one of those songs that’s packed with big, ballad-style notes — so it’s great for showing off your voice — but it’s also fun, with plenty of fast-paced sections to keep your listeners on their toes. Also, at 1:05 in the video above, listen to those high notes!

Street Scene is technically an opera by Kurt Weill, but this song has a distinct musical theater vibe — perfect for tenors who are auditioning for a musical with lots of big ballads or introspective solos. (It reminds us a bit of Sid in The Pajama Game or Billy in Anything Goes) This is a great chance to show off some big, sustained tenor notes and a few delicious incidentals. Plus, the character is dealing with emotional turmoil, which gives you plenty of room for acting.

4. “On the Street Where You Live” from My Fair Lady

There’s a reason this is one of the most popular tenor songs in all of music theater — it’s impossibly charming! Plus, it’s fun to sing and listen to. (That’s important for auditions! Directors get bored, too.) If you’re going out for the leading role in the musical, this is a fantastic way to show off your biggest, most full-throated notes and your lower range. We also love Jordan Donica’s version here.

5. “Oh is There Not One Maiden Breast” from Pirates of Penzance

So Gilbert and Sullivan shows aren’t quite from the Golden Age of Broadway, but they’re packed with excellent audition songs for classic musicals. This one is the perfect example: it’s full-throated, fun, and packed with lots and lots of personality. (Also, how much do we love those rolling piano chords?) This one isn’t easy to sing, but if you can master it, it’s great to break out at auditions. Here’s a more operatic rendition.

This is one of the most versatile contemporary songs out there; it sounds amazing as a solo or a duet in any voice part. As you can see from Nic Rouleau (above), it’s fantastic as a tenor song. (He also sang it as a duet with Ben Platt!)

7. “For Forever” from Dear Evan Hansen

“For Forever” is a beautiful choice for younger tenors — the lyrics are age-appropriate and the music is contemporary. This is a great option if you want to show off a pure, clean tone with a distinct pop sound. It’s simple and unornamented, so your voice has the opportunity to shine. (We also love this version from the West End.)

8. “How Glory Goes” from Floyd Collins

Never heard of Floyd Collins? It’s one of the lesser-known musicals out there, but it has an exceptional bluegrass-inspired score. “How Glory Goes” is sung by the leading man as he’s trapped in a cave, alone and afraid. The show takes place in 1925, but the music is contemporary. We love that it can be tailored to belters, folk, and legit voices alike. (Bryce Ryness moves effortlessly between styles in the video above.)

9. “Goodbye” from Catch Me If You Can

Originally sung by the incomparable Aaron Tveit, “Goodbye” might be one of the most satisfying tenor musical theater songs for auditions. It’s fun and upbeat, so the casting staff won’t get bored, but it has plenty of chances for you to open up your voice. Add in a few runs or flips, or just let the music stand on its own.

We’re going to suggest this one for auditions with a big fat caveat — do not sing it unless you can crush it. This is one of those songs that everyone in musical theater knows. Andrew Rannels and Nic Rouleau gave powerhouse performances on Broadway and in the West End, so you need to keep up! This is a fantastic song to show off your belt and your high tenor range. (Check out Gavin Creel in London, too)

11. “This is The Moment” from Jekyll and Hyde

It’s hard not to love “This is the Moment”; the melody is catchy, so the director and casting team will probably be humming it to themselves after you walk out of the audition. The best part? You can adjust it to suit your voice. If you have a more legit or operatic sound, just let your vibrato fly on the top notes. If you’re more of a belter, you can switch into a belt or a mix for the big notes (watch Billy Bourchier do it seamlessly, above).

You know those songs that grab you from the first line? “I’m Alive” is one of them. It’s got a strong beat, a memorable melody, and repeated lines that really give you a chance to show how you can act a song. In an audition, make sure the accompanist hits the opening rhythmic chords that are usually played by an electric guitar; it’ll bring instant energy to the room.

If you’re looking for a contemporary tenor song that’s a bit quieter and sweeter, this is a great option. The lyrics tell a story, so you can bring in the director into your world from the first moment.

14. “Freeze Your Brain” from Heathers

When you’re auditioning for a musical in high school — or a musical set in high school — finding the right song is huge. “Freeze Your Brain” is a fun option. The lyrics are unexpected and narrative, so it’s easy to make a 16-bar cut that makes an impression. In terms of range, this song shows off your voice without going too high.

15. “Grow for Me” from Little Shop of Horrors

16. “I’m Calm” from A Funny Thing Happened On The Way To The Forum

Quick and witty, “Calm” shows the director that you can get across the meaning of the lyrics in a musical. It’ll challenge your diction and articulation, but it’s so much fun! Plus, you can go for the physical comedy to add to the experience. (Charles Engelsgjerd does it really well here).

This song starts out with a bit of a conventional feel…and then the word “squid” happens and changes everything.

18. “Man About Town” from Young Frankenstein

It doesn’t get any funnier than Mel Brooks! “Life, Life” is a great tenor song when you need a 16-bar cut for a musical theater audition.

19. “My Girlfriend who Lives in Canada” from Avenue Q

Not afraid to make a statement? This is one of the funniest audition songs for tenors. If you’re auditioning for a high school musical or a conservative director, you might want to consider changing some of the lyrics!

21. “Don’t Do Sadness” from Spring Awakening

What are your favorite audition songs for tenors? Do you have a go-to piece from musical theater? Contact us, and we’ll add it to the list!